“Manhattanhenge may just be a unique urban phenomenon in the world, if not the universe,” stated in the article, Manhattanhenge, by Neil deGrasse Tyson from the American Museum of Natural Art.

In layman’s terms, twice a year the sun sets exactly in measure and precision to Manhattan’s respective grid layout that floods BOTH the North and South sides’ of the street. As I happen (totally staked out and had about 30 reminders/alerts set) to catch last year’s Manhattanhenge summer sunset (photos taken on iPhone-no other effect used or modified), I started my prep for this year’s summer date which falls on 5/28 (iCal promptly if applicable).

Some 2013 photography or viewer’s tips by Neil deGrasse Tyson in his Manhattanhenge article include:
• Arrive a half-hour earlier than the times given below:
Tuesday, May 28 8:16 PM. EDT | Wednesday,May 29 8:15PM(FULL)
Friday, July 12 8:23 P.M. EDT | Saturday, July 13 8:24 P.M. (FULL)
• Position yourself as far east in Manhattan as possible but ensure that when you look west across the avenues you can still see (unfortunately) New Jersey.
• Clear cross streets include 14th, 23rd, 34th. 42nd, 57th, and several streets adjacent to them.
• The Empire State building and the Chrysler building render 34th street and 42nd streets especially striking vistas.

Lastly, in relation to this post’s title: Neil deGrasse Tyson explains, “when viewed from all latitudes north of the Tropic of Cancer (23.5 degrees north latitude), the Sun always rises at an angle up and to the right, and sets and an angle down and to the right” (lost me) BUT!!! He continues, “That’s how you can spot a faked sunrise in a movie: it moves up and to the left. Filmmakers are not typically awake in the morning hours to film an actual sunrise, so they film a sunset instead, and then time-reverse it, thinking nobody will notice.” Touché Filmmakers…Manhattanhenge BUST your film’s faked sunrises. Consider yourselves served by Neil deGrasse Tyson…and me too.
Link to Article Referenced Here 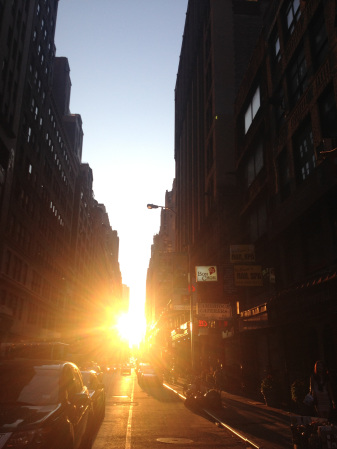 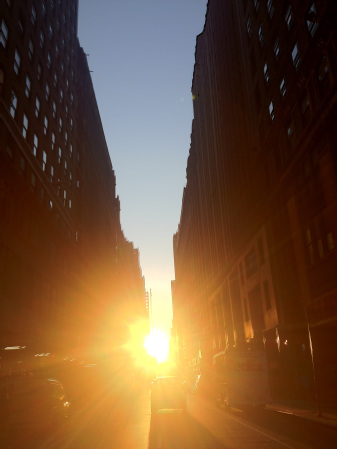 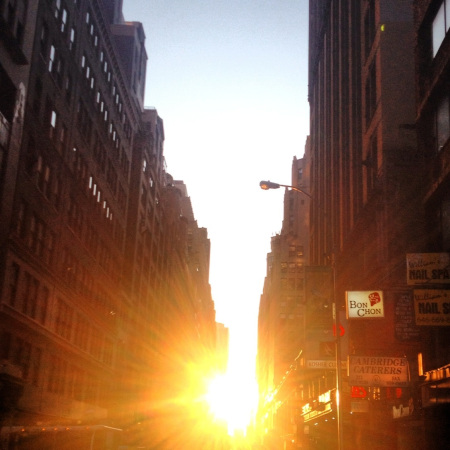 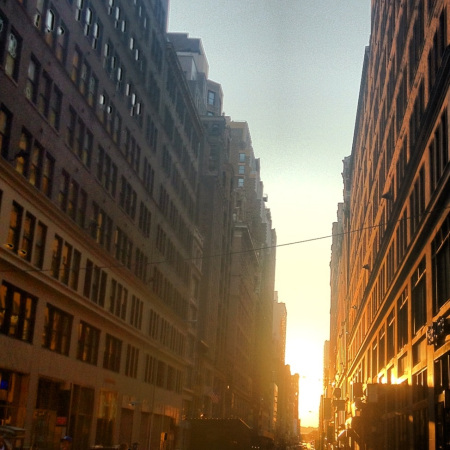 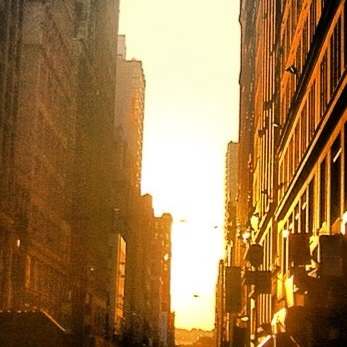 "Re-examine all you have been told. Dismiss what insults your soul." ― Walt Whitman

Smile! You’re at the best WordPress.com site ever

A Picture-Book Showing There is Beauty Everywhere You Look

This WordPress.com site is the cat’s pajamas

Simply Chic For You ~ Images!

Miche and Fashion in Action!

SERVED WITH A GLASS OF FASHION

Fashion and beauty from a 12 year old

Freshness has no expiry date

Welcome to my blog!

For as long as you stay on my page you will see art and photography work of my own that are unique and different to eachother. I hope you like them!